Being such a loner introvert, it’s weird that I have a compulsion to publicly share stuff. Mostly stuff I make but also stuff I like. I don’t get it either. So after a decade of stifling or rerouting this urge to different channels, I’ve changed the landing page of my site back to a blog.

The sound of yawns is deafening.

With the world-changing rise of social media platforms, the desire to control your own space on the net has waned, even petered out, for most people. (myself included) But for the last year or so I’ve been knocking around the idea of having my own space again, even if I’m the only fan.

And as is often the case, once you pop your head up and look around a little, you find that there’s a mini-zeitgeist wave around your thoughts swelling larger every day. More and more people are peeling away from these monster social sites and doing their own thing.

I’ve kept a sketchbook journal since 1995 and have gone through periods of feverishly pouring everything onto the page, thinking I had so much to say, and then for weeks at a time writing nothing. The last four years have been the former– hardcore journaling– a pressing need to record, share, curate and remember.

Three years ago, I created a separate website to share journal entries and drawings starting from the beginning.  That site quickly turned into a redundant repository of my Youtube videos as tried my hand at making a profitable channel. But I’m taking what I learned from that experience to rebuild my old/new space here on the web.

My Patreon membership site will also be a much larger focus going forward because I can have greater control over the potential audience. The Sketchbook Time Machine site (sketchbooktm.com) will be going away soon, but the Youtube channel will keep on keeping on– albeit with fewer vids published per month. 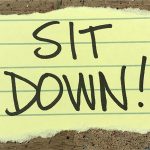 Standing Up In The Canoe 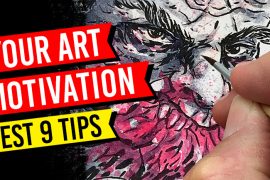 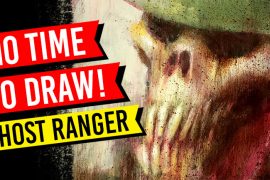 GHOST RANGER! (No Time To Draw) 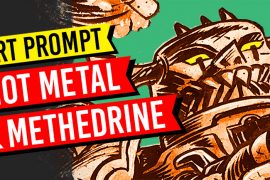